“The Chinese government has the responsibility to safeguard the legitimate rights of 'going-out' enterprises like Huawei and Sany Group, but self-protection is more important in the era of global integration,” Wang said. “Huawei's ability to fight back against unfair treatment is especially significant under the context of Sino-U.S. strategic rivalry.”

Editor's Note: The article is based on an interview with Wang Yong, a professor at the School of International Studies, Peking University, and a member of the academic committee of the Pangoal Institution. The article reflects the expert's opinion, and not necessarily the views of CGTN.

Not long after its CFO Meng Wanzhou filed a lawsuit against Ottawa, Huawei sued the U.S. government over its ban on the use of the company's products.

The Chinese telecommunications giant will challenge the constitutionality of Section 889 of the 2019 National Defense Authorization Act, arguing that it deprives the firm of opportunities to serve consumers both in and out of the United States.

“The ban on Huawei is governmental interference in the market economy,” Wang Yong, a professor at the School of International Studies under Peking University and a member of the academic committee of the Pangoal Institution, told CGTN, adding that this is “against the U.S. constitution.”

Washington has been using “national security” as an excuse to justify the ban, complicating the lawsuit. But no solid evidence has been given so far.

“The U.S. Congress has repeatedly failed to produce any evidence to support its restrictions on Huawei products… We are compelled to take this legal action as a proper and last resort,” Guo Ping, Huawei's rotating chairperson, said in his Thursday statement.

Besieged by Washington's wanton accusations for almost a year, the Chinese firm has finally launched a counterstrike. If the ban is proved to be politically motivated, the U.S. government will be in a disadvantageous position in court.

Huawei holds a press conference on the lawsuit against the U.S. government in Shenzhen, China, March 7, 2019. /VCG Photo

“Huawei is wise to resort to legal means to protect its legitimate rights, especially in the United States which brands itself as a bastion of private equities,” Wang said.

Similar cases have occurred in U.S. history. In 2012, Chinese machinery manufacturer Sany Group filed a lawsuit against then U.S. President Barack Obama's decision to squash the company's bid to build wind farms in the state of Oregon.

The outcome was encouraging – a unanimous ruling by the three-judge panel concludes that the presidential order “constitutes a clear constitutional violation.” As part of the settlement, the Obama administration approved two new Sany wind farms in Texas and Colorado, according to media reports.

People hold signs in support of Meng Wanzhou outside of a bail hearing at the Supreme Court in Vancouver, British Columbia, Canada, December 11, 2018. /VCG Photo

Given Washington's technological hegemony and international influences, the Chinese telecommunications tycoon has remained low-key and exercised tremendous restraint regarding U.S. unfair practices in the past. But this has only encouraged Washington to be even more unscrupulous.

American culture determines an aggressive United States, which is adept at pressuring its rivals to the limit for maximum benefits. Using American institutional arrangements to fight against unfair practices is the best solution to free Huawei from the current dilemma, according to Wang.

Indeed, politics, as many observers believe, will carry much weight in the court's final decision on Huawei. But the legal proceedings that have been thrust under the media limelight may help deter the Trump administration from further provocation against the Chinese firm. The case, to some extent, is a touchstone of U.S. judicial independence, Wang stressed.

Without a doubt, the U.S. government is manipulating politics to contain China's technological rise. Interestingly, some Western media, for instance, VOA, is deliberating turning a blind eye to Washington's dirty maneuvers and instead using Huawei's lawsuit as evidence to brag about U.S. democracy and criticize China's political system.

“This is a prejudice against China,” Wang responded, adding that this mentality is no longer adaptable in the diversified world. History has proved that the advantages of China's political system have turned the country from scarcity to the world's second-largest economy.

Huawei's lawsuit, according to Wang, represents the future direction of the integration of political culture between Beijing and Washington. Competition, or even conflict, may be the keyword to describe the current interactions between the two countries' political systems. But mutual learning is perhaps the theme for the future.■

Notice: The content above (including the pictures and videos if any) is uploaded and posted by a user of NetEase Hao, which is a social media platform and only provides information storage services. 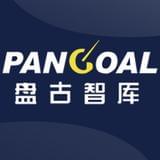